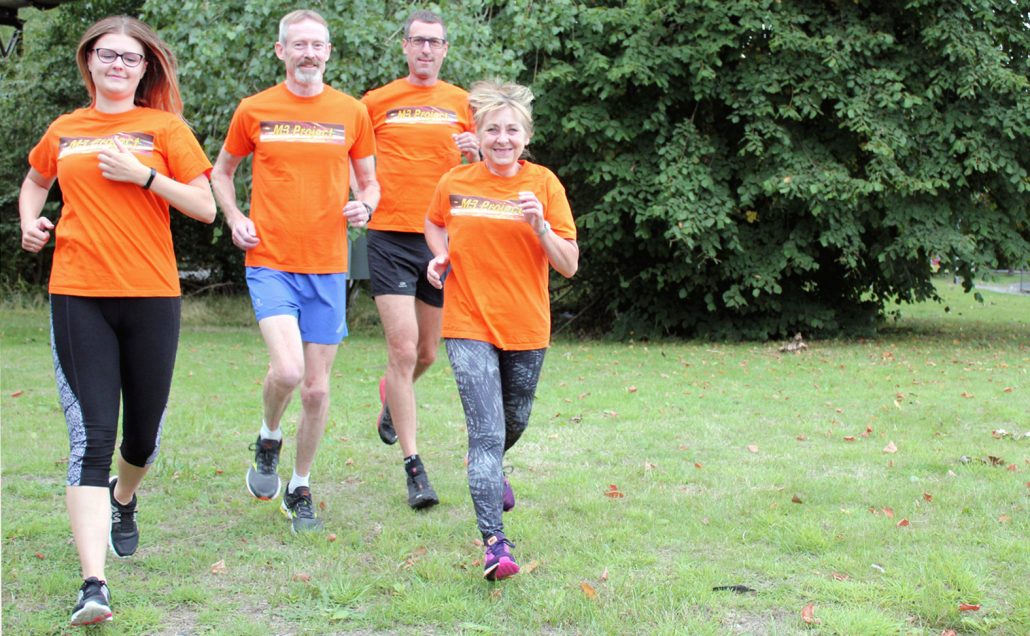 M3 Project is planning a 5k fun run in September to raise awareness of the issues facing young homeless people and bring in much needed funds for the work we do with this group.

Run Out Homelessness is the title of the event to be held at Marl Pits in Rawtenstall on September 12 at 7pm.

Project Manager Alan Dorrington said: “We are appealing for all people, runners, non-runners, families and individuals to take part at a cost of £5 per entrant.
“Our event is being supported by Rossendale Harriers who are providing marshals and have allowed use of their club house and Rossendale Triathlon Club who have provided a route.”

All participants will be asked to complete three laps of a circuit, which starts and finishes on the running track.
The idea for the fun run came from support worker Dawn Rowe and retired police officer Nick Schofield, who works with M3 as a volunteer. In charge of organisation is Charity Development Worker Lynn Haworth.

Alan said: “The way M3 Project works has changed over the last few years and we have become a charity.
“Our grant from the Lloyds Foundation is coming to an end and I have several funding bids that we are working on. We are still waiting to find out what our future provision will be from Lancashire County Council.
“We now fundraise on a more regular and organised basis and this will be a major event for us as well as helping to raise awareness of the work M3 does.”

Alan is no stranger to running being a member of Clayton Harriers. In December 2016 he completed a gruelling 31-day 256-mile running challenge for M3, which raised more than £6,000.

Besides the fun run, M3 is also looking to attract stalls to Marl Pits and have music at the event.

Come and join us on the 12th and help ‘Run Out Homelessness’!