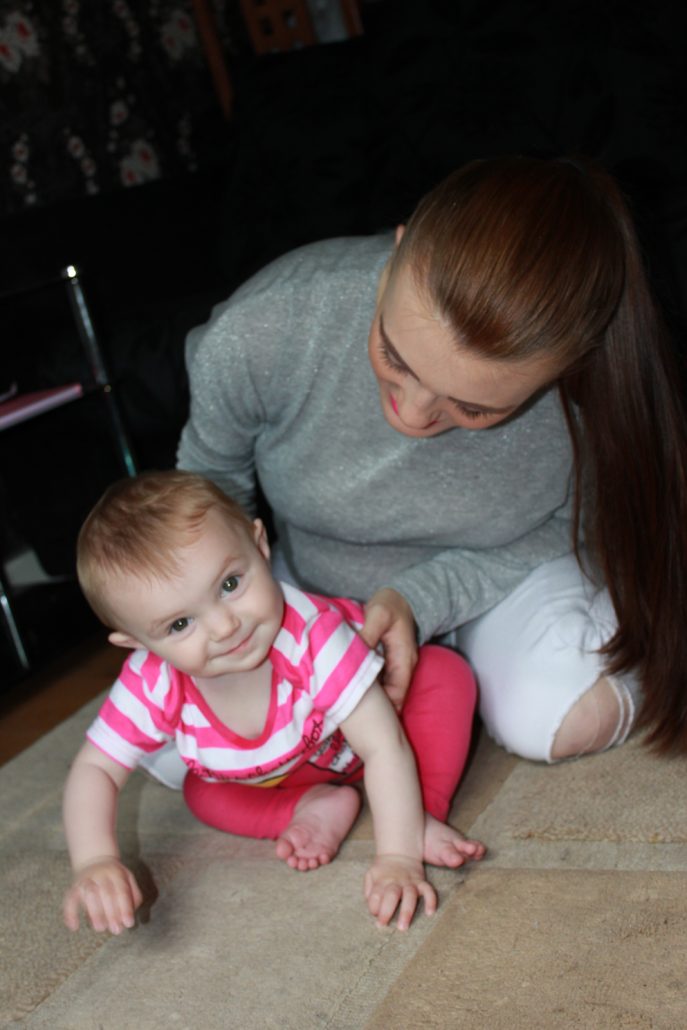 When her relationship broke down, Anna and her four-month-old baby needed a place to stay. Fortunately M3 came to the rescue. Anna had just found out she was expecting her second daughter and a flat, that M3 manages in Accrington, had just become available so within a few days Anna and her baby were able to move in.

“I found out that I was pregnant while I was on a programme at North Lancs Training Group and when that ended I couldn’t get a job because I was pregnant; No one would take me on. Things got really tough because there was no money coming in and my relationship broke down. I contacted Joanne at M3 and explained what had happened. Joanne was lovely. I remember meeting her before when my relationship was struggling and I was trying to work out what to do. I am so less stressed here and my daughter loves it.

If M3 had not been able to step in and help me I think I would have ended up on the streets; there was talk of me being sent to a Hostel in Burnley but even that was not available because I was pregnant. This has been a life saver. Joanne helped me get my benefits sorted and she is always there if I need someone to talk to.”