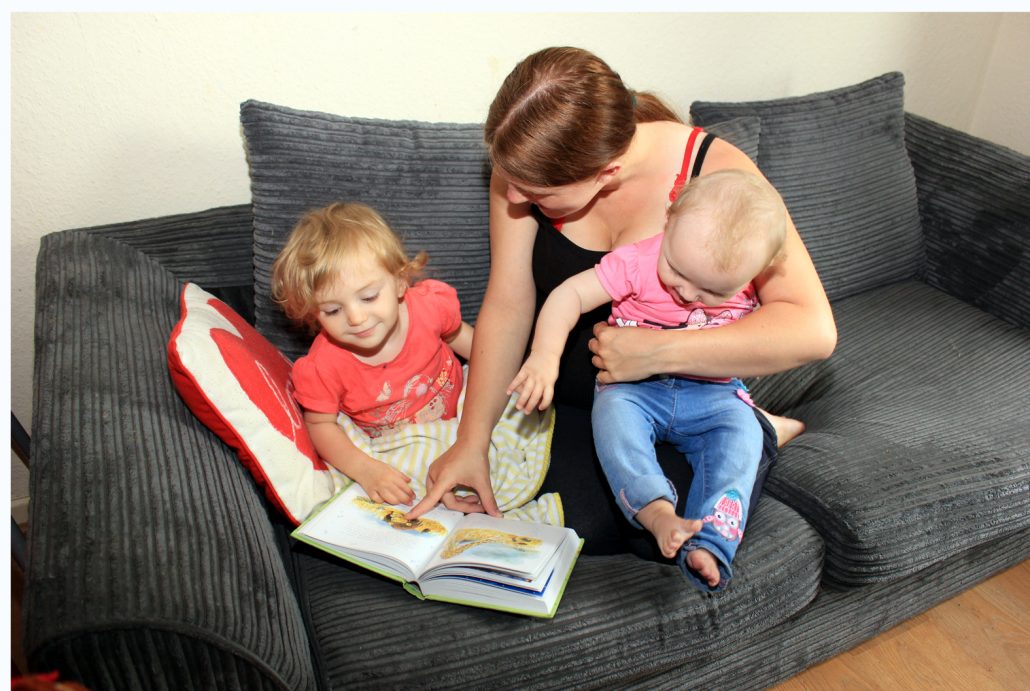 THANKS to M3 Project Anna is now on her feet, looking forward to her third child and moving into a new home.

Project Worker Joanne is helping Anna, 19, her partner Josh, 21, toddler Theresa, 21 months, and nine-month-old baby Athena make sure all the paperwork is in order for the move.

Anna said: “At first we were going to be offered a two-bedroom house, but that would mean two moves when the new baby arrives, so Joanne has insisted that they offer us a three bedroom house then it is only one move.”

Anna has been living in a local authority flat that M3 Project manages since Theresa was about four months.
She said: “The flat has been fine, but because it only has two bedrooms and a small box room and it is upstairs, we really need to move.
“Joanne and Emma from M3 Project have been sorting everything out for us and helping us to get relocated.
“We hope to be in our new place before Cain arrives and he is due on October 26.
“I have enjoyed living here and I have got on well with the neighbours, but now my family is growing there is not enough space.”

Anna moved into the flat with baby Theresa when her relationship with her childhood sweetheart broke down and she found herself homeless.
She said: “It has been a real help having someone who can help me with all the paperwork because I wouldn’t know where to start.
“Joanne has also helped me to sort out housing benefit, council tax and my child tax credits. She has been a huge help.
“Some of my benefits were stopped and Joanne was able to help me sort it out. She has been a real star.”

Although they will not be in a home managed by M3, Anna will still have outreach contact with Joanne for as long as she wants it.
Once her children are in nursery, Anna is hoping to undertake training to become a pastoral mentor to work in high school so she can support others.